While you can go an entire cruise without having to swipe your SeaPass card for food, Royal Caribbean offers a number of ‘extra special’ dining options where you pay a cover charge and order whatever you want off the menu, or in certain restaurants, you are also charged the a la carte prices. On our South Pacific cruise, we took advantage of a dining deal which, for US$55, allowed us to eat dinner in all three of the specialty restaurants featured on the Rhapsody of the Seas – Chops Grille, Giovanni’s Table and Izumi. It also included $30 of credit at Izumi ($5 dining fee), which is the only restaurant on board that also charges for menu items individually; both Chops Grille (US$30) and Giovanni’s Table ($20) have a flat dining fee.

Chops Grille is described as Royal Caribbean’s signature steakhouse and certainly, the interior does evoke the atmosphere of a traditional steakhouse with its dark wooden tables and leather seats. Of course, there are not many restaurants that could compete with the stunning views from the window table that we were fortunate enough to sit at in this venue. 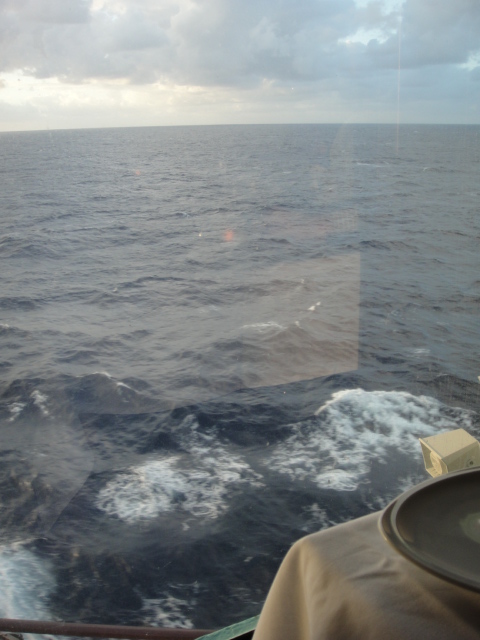 Window table with a view!

I was deciding between the Dungeness crab and shrimp cake and the goat cheese and basil soufflé, and the waiter did not hesitate to recommend the crab cake. I went along with his choice and was not disappointed. There was a satisfying crunch as I cut into the cake and generous amounts of well-seasoned crab and shrimp within. 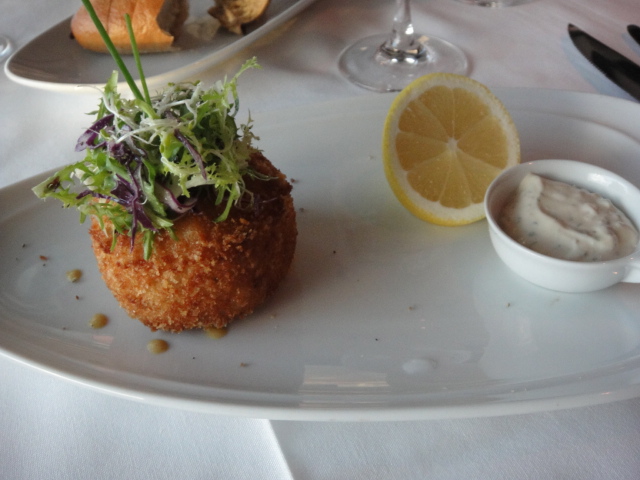 Being in a steakhouse, it was logical for my boyfriend and I to try out their steaks – he went with the New York strip steak, while I chose the petit filet mignon. A selection of sauces are offered with the steaks; we both opted for chimichurri and he also went for the green peppercorn sauce. The steaks were cooked well and were tender and juicy, however probably relied on the sauces for most of the flavour, rather than the meat itself. Still a great steak considering our location in the middle of the ocean! 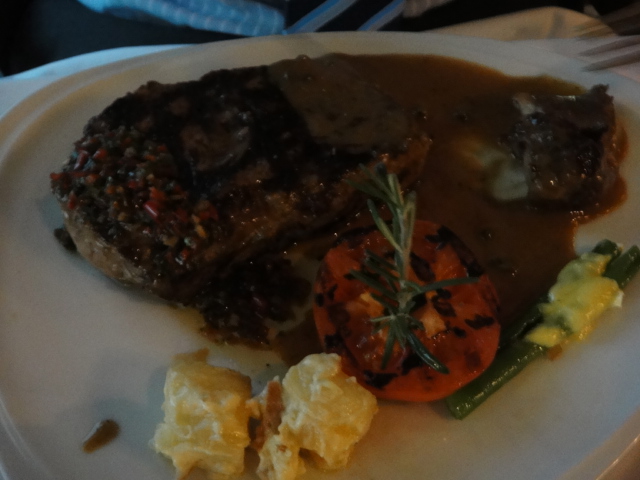 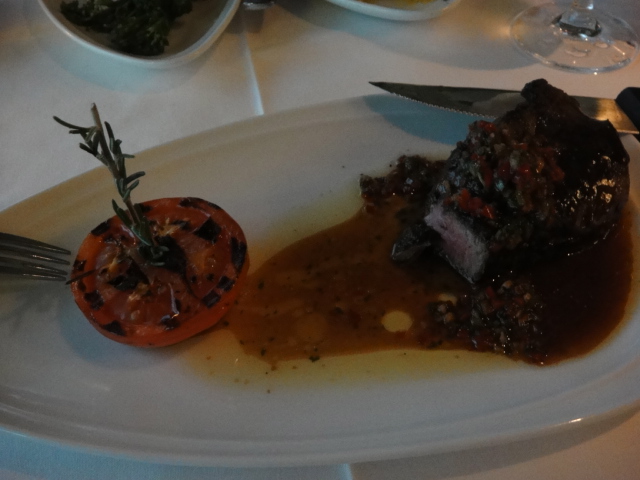 If you think the plates look a little bare, a wide range of sides can also be ordered. We decided on the sauteed broccolini, roasted potatoes and green beans, with the stand-out being the potatoes covered in melted cheese and dotted with prosciutto pieces. The Dijon mustard and feta crumbled over the green beans did enhance the taste of what can sometimes be quite a boring vegetable. 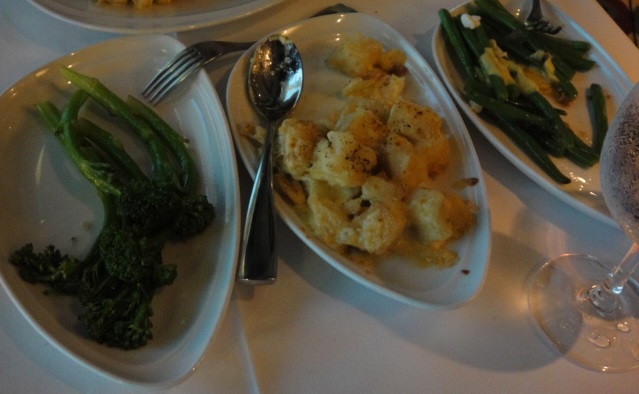 For dessert, I went with the creme brulee which was delivered with lashings of flames caramelising the sugar layer on top. There was a rewarding crack when I broke through the crisp sugar lid, however I found the custard a little eggy and slightly too firm. My boyfriend was satisfied with his chocolate mud pie, which he found delicious, despite not being a dessert person. 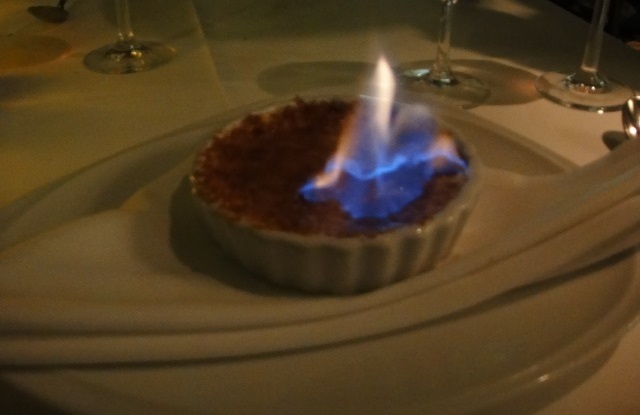 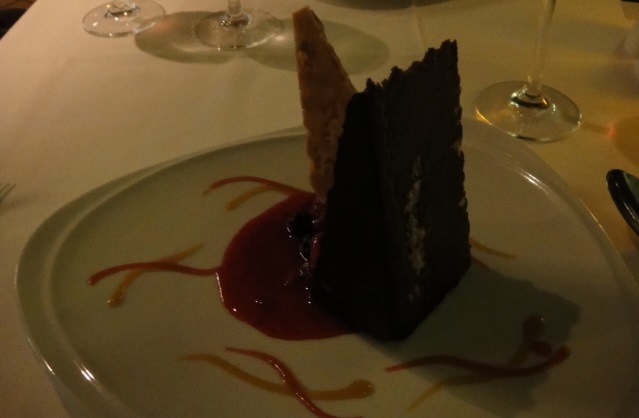 How were your cruising dining experiences? Leave a comment and let me know!

See also my review of a South Pacific cruise on Royal Caribbean’s Rhapsody of the Seas.

2 thoughts on “Chops Grille, Rhapsody of the Seas”