I am standing at the top of a 50m high waterfall, preparing to plunge backwards over the precipice. The friendly Vanuatuan guide who is only wearing sandals, despite the water surging around our feet, gives me the thumbs up and a wide grin as he reminds me to keep my legs straight when I step off the edge. After taking a few deep breaths and holding tightly to the thick ropes that are securing me to safety, I slowly step backwards until I am essentially standing perpendicular to the face of the Mele Cascades. 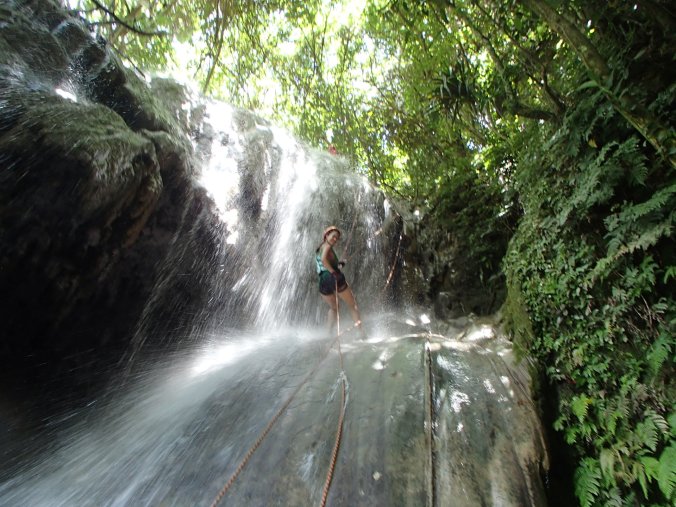 First steps down the Mele Cascades

From there, I am able to run the rope through my hands and ease my way to a pit-stop 25m down, where I am re-attached to safety points and the entire process is repeated again. While less daunting than the first leg of the abseil, the second part had its own unique challenges, namely having to pass across the waterfall and have what felt like the equivalent of the contents of an Olympic swimming pool raining down on your head. The noise was thunderous and the gushing water so incredibly powerful that I was knocked off my path a couple of times. It needs hardly be said that we were all saturated, but completely exhilarated by the time we reached the pool at the bottom of the Cascades. 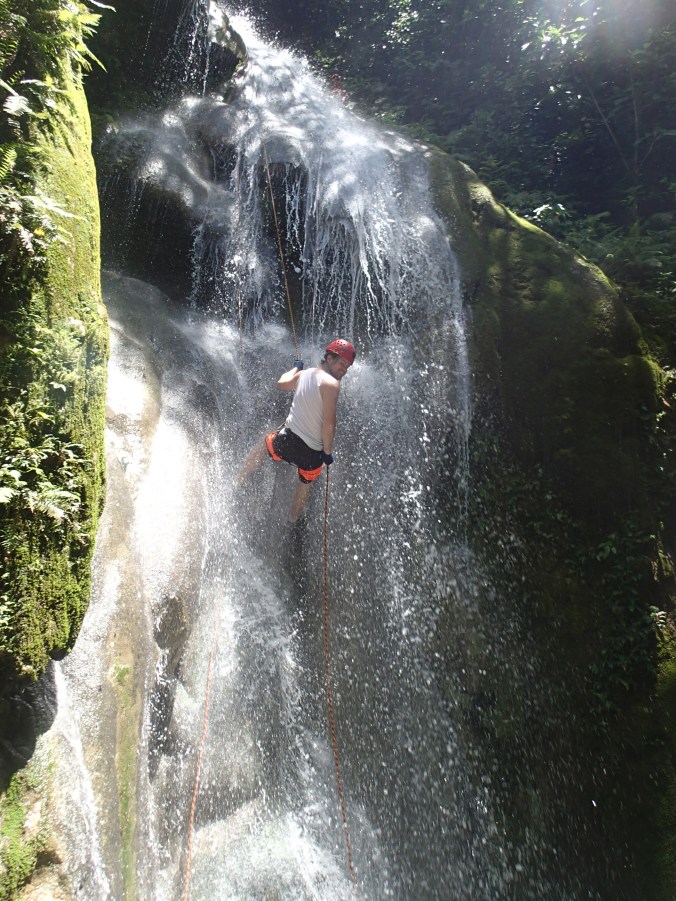 So how did we end up here? As I mentioned in my review of the South Pacific cruise I took on the Rhapsody of the Seas, one of the shore excursions we booked through Royal Caribbean was the Cascade Waterfall Abseil with Edge Vanuatu. The excursion commenced with a minibus pick up from the pier, which delivered us to the Mele Cascades which actually consists of a few waterfalls set in a gorgeous tropical, jungle-like environment.

The trek up hilly terrain to the top of the waterfalls is quite intense, not made any easier by the humidity and rainfall in previous days which made the track very slippery; indeed some parts required you to haul yourself up with ropes or risk taking a tumble. We cooled off by trudging through natural pools (be sure to wear clothes and shoes that you don’t mind getting wet and dirty!), on the way to the practice abseil site, which was an 8m high cliff face.

The Edge Vanuatu staff explained abseiling techniques and safety procedures before we were roped up and ready for our first mini-abseil. From there, it was on to the real thing, which as I have mentioned was an incredible experience. As part of the first group to take on the waterfalls, we had a fair amount of time after the abseil to splash around in the rock pool surrounding another waterfall which was stunning and featured a hidden cave behind the waterfall. 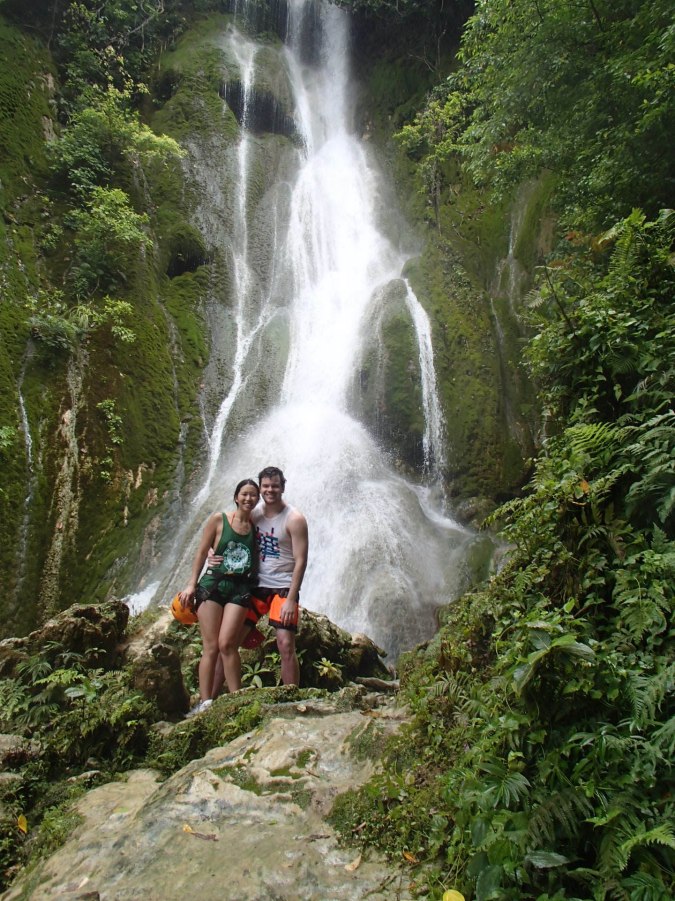 The waterfall we didn’t abseil down

After everyone had completed their abseil, we were served with fruits and refreshments at the Cascades reception area and had the opportunity to purchase photo CDs, before being driven back to the ship.