‘Respect thy Produce’ is the motto of High St. Bistro, a local neighbourhood favourite on the lower north shore, which was recently bought over by the folk from Ormeggio at The Spit. As a long-time fan of Alessandro Pavoni since his days as Executive Chef at the Park Hyatt, I was looking forward to sampling some more of his team’s produce.

We began with organic sourdough from the Ormeggio Bakery, which was served with ricotta and olive oil. I don’t usually like restaurants charging extra for bread, however I have to say that it was well worth it at High St. Bistro. The thick slices of bread were light and fluffy, and were perfect either dipped in extra virgin olive oil or spread with the smooth homemade ricotta that had texture of whipped cream. 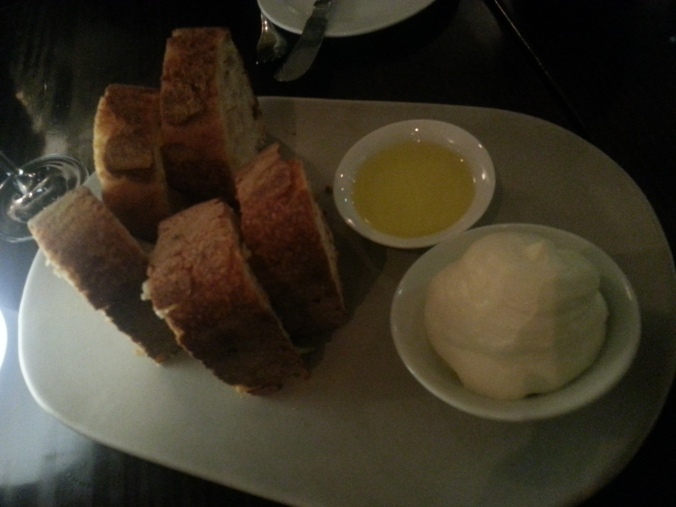 I had the crudo of king salmon for my entree, which was artistically arranged on a long plate, intertwined with strips of fennel and scattered with walnuts and orange segments. I liked the combination of the salmon and orange, which is not a mix I would have ever considered.

There was some food envy when I saw my boyfriend’s large pile of fried calamari and school prawns, served in an old-school brown paper bag cone with a dollop of aioli. The calamari was delicious – tender and very well seasoned. I will admit that I stole a number of calamari rings off my boyfriend’s plate when he wasn’t looking! The school prawns were also tasty, but they’re generally not something I like to eat too often because I feel like they get stuck down my throat. The aioli was excellent and the perfect accompaniment. 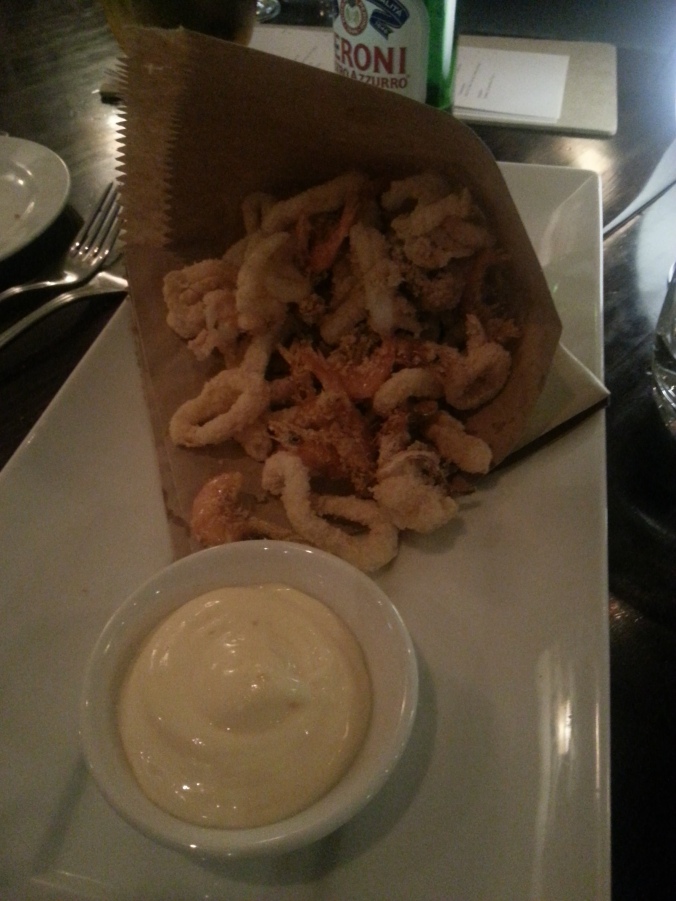 Fritto Misto of School Prawns and Calamari served with aioli

My main of baccalà pie arrived in an oversized ramekin covered with a nicely browned puff pastry. The filling was creamy and featured large chunks of salted cod and vegetables. While I very much enjoyed this dish, it was far too large for me and I barely made it through half of it. 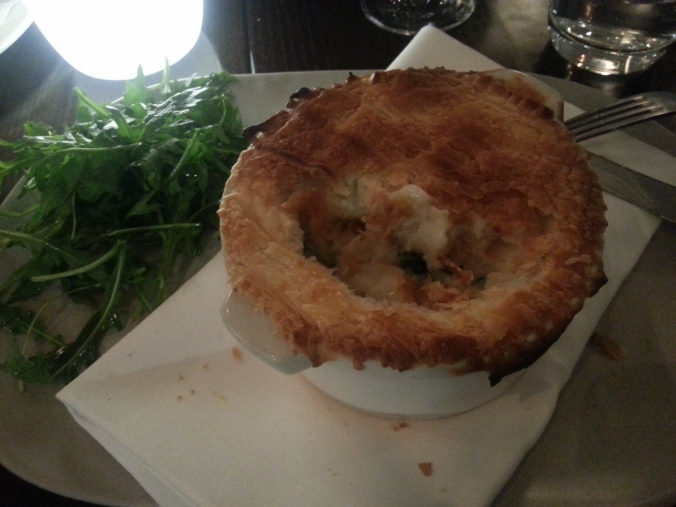