In deciding what to bake this weekend, our main consideration was that the finished product be soft, as my sister had just gotten braces put on her teeth. Fortunately, earlier in the week, we had been watching an episode of the highly entertaining Jonathan Phang’s Gourmet Express, and on one of his train stops, he embarked on a bread and butter pudding bake-off with a Michelin-starred chef. Inspiration struck and we came across a sultana bread pudding recipe in my Margaret Fulton Baking cookbook. We’ve adapted it slightly, but it still came out golden and delicious. 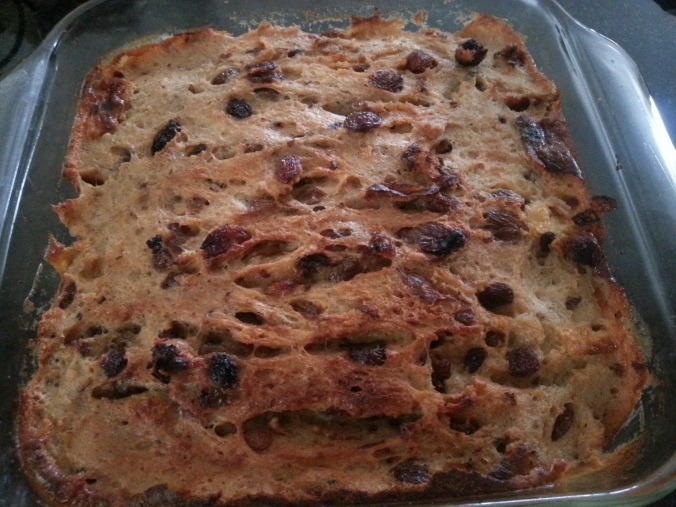 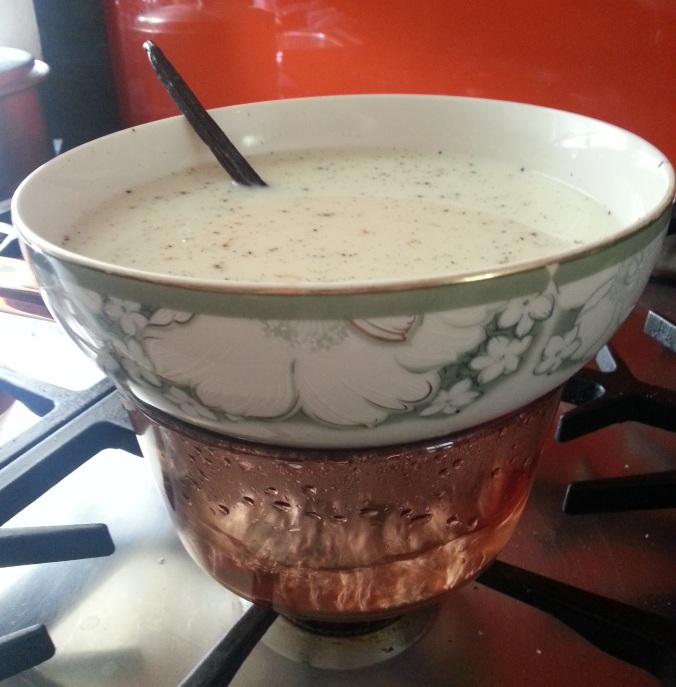 2. While the milk is cooling, butter one side of each slice of bread. Cut each slice into triangle quarters and arrange in a greased 2-litre ovenproof dish, buttered sides down. 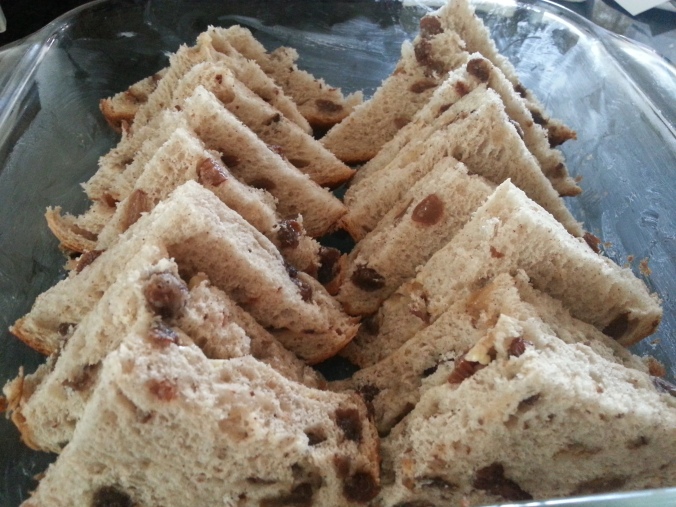 3. Beat the eggs or yolks with the sugar and salt and stir in the scalded vanilla milk. Pour over the bread in the dish and let stand for 30min. 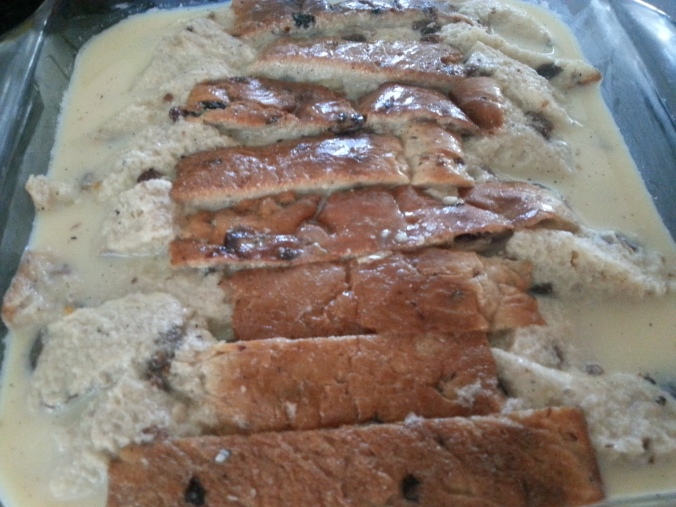 4. Sprinkle with cinnamon. Place the dish in a roasting tin and pour hot water into the tin until it comes halfway up the sides of the dish. Bake for an hour or until a knife inserted in the centre comes out clean. Serve warm and enjoy with cream or ice cream! 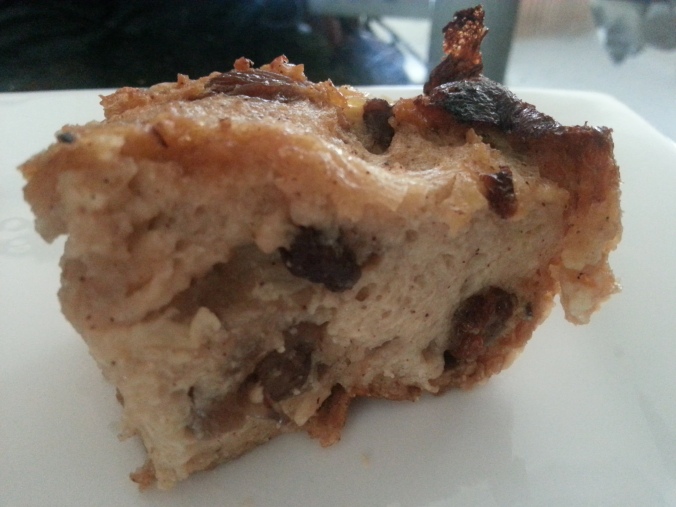 With the chilly winter weather that has descended on Sydney, this is the perfect dessert to warm you up. My sister was very pleased with the results, declaring that the pudding melted in her mouth and “did not even require chewing”.